Everyone worked together to make a framework for bigfin reef squid to lay their eggs! 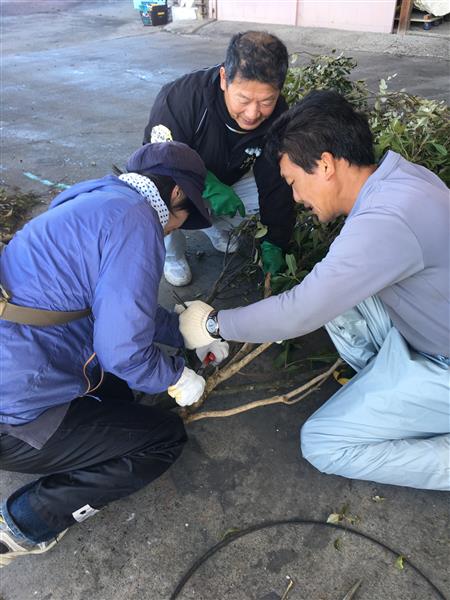 April 27th, 2019
Bigfin reef squid are losing their spawning grounds due to climate change. During the 2019 Golden Week holiday, the Muroto City Rural Experience Tourism Promotion Committee held an event in which participants helped make a spawning ground for bigfin reef squid in Murotsu Port.
The participants prepared the habitat framework (tying weights on trees and branches), loaded it onto boats, and watched as they were thrown into the ocean within the port.
Will the squid come and lay eggs on the branches?

This is the beginning of the bigfin reef squids’ story. 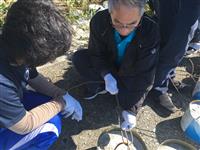 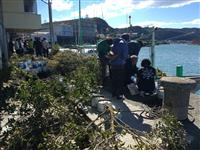 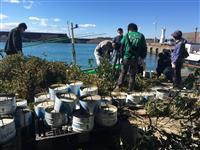 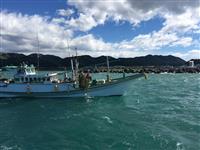 May 8th, 2019
On May 8th, about 10 days after establishing the new squid spawning ground, a diver in Muroto Port found eggs attached to the branches!
A portion of the eggs were collected and brought to the Muroto Schoolhouse Aquarium where they will be watched until the baby squid hatch.
Hatching can take anywhere from 20 to 60 days.
Check back to find updates on the squid’s growth! 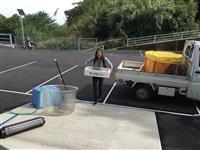 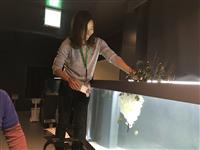 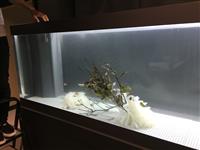 The Squid are Growing! May 21st, 2019
Noticeable changes are occurring in the squid eggs at the Muroto Schoolhouse Aquarium.
Algae has begun to grow on the egg-sacs, turning them slightly brown.
The egg-sacs, at first a cloudy white color, have turned clear so the insides are visible.
Each egg has grown larger, and small round objects are visible inside.
These small round objects are the squid blastocysts. These will develop into the baby squid.
As they grow larger their eyes should become visible soon.
They seem to be growing well! Soon they will be ready to hatch! 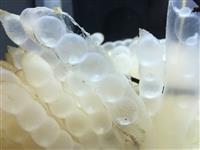 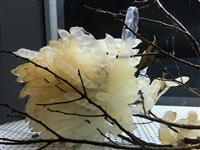 The Baby Squid were Born! 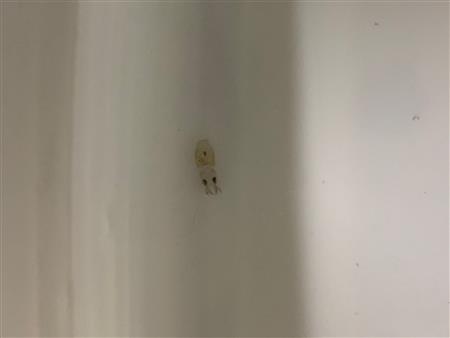 May 28th, 2019
The first baby squid was born!
They are a little hard to see in the photos, but they look just like miniature squid!
More and more will be born over the next few days.
According to the Muroto Schoolhouse Aquarium staff, the eggs located directly in the current seem to be developing the fastest.
There are a range of eggs, from ones that are still the original pearly white color to clear ones where you can see the baby squid inside.
The baby squid zipping around the tank look just like sea angels (a type of tiny sea slugs)! Tiny patterns are visible on each baby squid.
Do not miss this once in a lifetime opportunity to see baby bigfin reef squid! 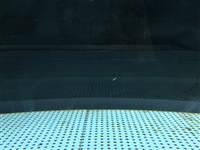 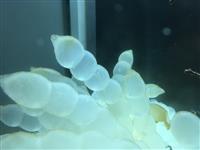 One after the other!

The squid are hatching one after the other! May 29th, 2019
While there was only a few swimming around yesterday, today there were over 10 squid in the tank.
Each squid is a slightly different color, some white and some brown.
The aquarium staff explained that when the squid are excited, they change color.
The staff member also explained that the squid squirt ink as they break out of the egg. Despite their size they are born fully able to squirt ink.
A few eggs looked to be on the verge of hatching, but we were unable to see the moment they hatched.
The rest of the squid should be born over the next week.
I could watch the tiny squid swim around forever but unfortunately had to get back to work.
Apparently, it is extremely hard to raise squid in aquariums, and they will only be on display for a few more days.
Squid this size do not survive long in the wild, with fish often lurking near the eggs, waiting for the squid to hatch.
It is a miracle the squid we eat survived long enough to grow to that size. 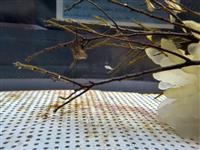 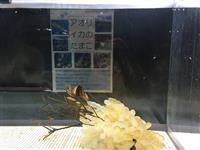 The squid have embarked on their journey. 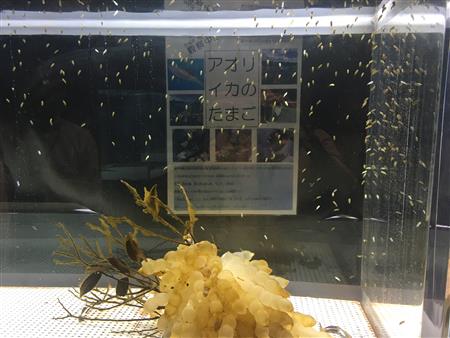 So many were born!

June 12th, 2019
It has been almost two months since we built the spawning ground framework. Through the cooperation of the Muroto Schoolhouse Aquarium, we were able to watch as the eggs that were laid on the framework hatched, and a new group of baby squid came into this world. People who might have never seen baby squid gathered in front of the tank and were able to see bigfin reef squid babies for the first time!
Unfortunately, the squid could not remain at the aquarium, as it is very difficult to raise squid in captivity.
There were some squid that died soon after hatching and others who were unable to hatch.
If left in the tank, it would only be a matter of time until they all died, so the remaining squid were released into the ocean.

There are many predators in the ocean who would love to catch baby squid. The squid must now do their best to survive the harsh natural environment.
As they grow bigger, eventually it will be their turn to eat the fish that used to be their predators. When the time comes, perhaps they will come back to the spawning grounds we built to lay their own eggs, bringing new squid into the world and new life into Muroto’s oceans. 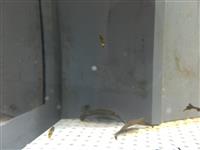