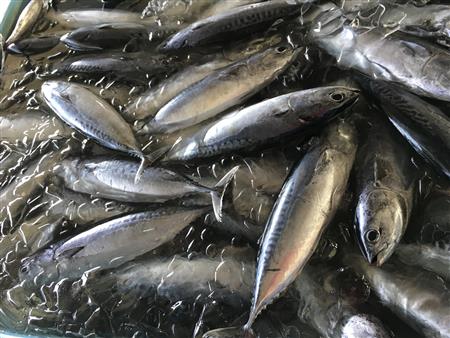 The fixed fishing nets are called oshiki (大敷―the characters for large and spread) nets. There are four large oshiki nets in operation along the eastern coast of Muroto, in the Sakihama, Shiina, Mitsu, and Takaoka areas.

At the end of the 1800s Muroto's main fishing industry began to switch from whaling to fixed net fishing.

At the time, fishermen in Hokkaido used fixed net fishing to catch Pacific herring. A fisherman traveled from Muroto to Hokkaido to learn their techniques and improve the nets used in Muroto.

While the nets were improved several times throughout the years, the basis for the current style of fishing net was in use by the 1920s.

In Muroto, the fixed fishing nets are run as cooperatives, with everyone in one area working together and splitting the profits. 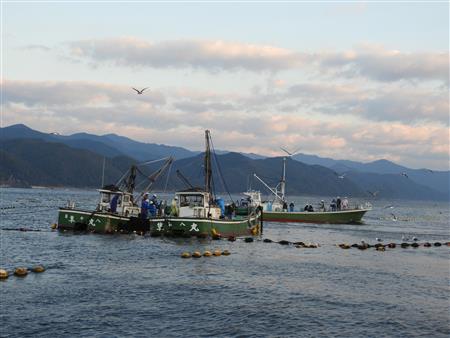 ① Preparing the Boats
Cold seawater and ice are loaded into the boat.
The ice and water keep the fish cold and fresh.
Once loaded the boats head out to the nets.

② Lifting (Holding) the Net
One large boat or three small boats work together to lift the final section of the net (where the fish are swimming).
In Muroto this is often called "holding the net."
The fish are lifted into the boat with long nets.

③ Returning to Port
The boats return to port, bringing their catch up onto land.

④ Sorting the Catch
The fish are sorted by type and size.
The species of fish vary by season.

⑤ Prices are Established
The fish are priced. They are then brought to supermarkets and fish markets where we can buy them, arriving at our tables by dinner. 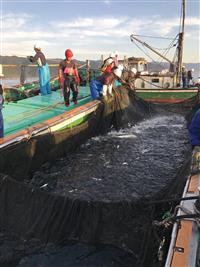 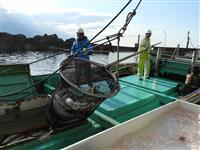 The Major Fish Caught in Muroto 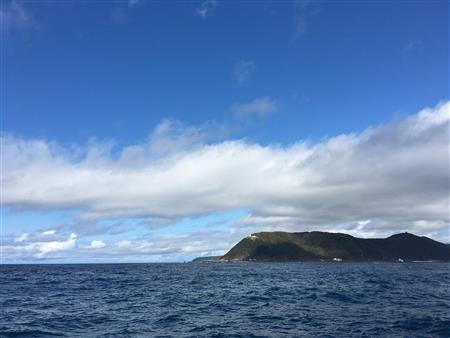 Cape Muroto as Seen From the Sea

This fish is called different names throughout Japan.
It also changes names depending on it's size.
In Kochi, baby Japanese amberjack are called mojyakko. As they grow they are called wakanago, hamachi, mejiro, ooio, suzuina, and finally buri.
Every December larger and rounder buri are caught in Muroto, weighing 10-13 kg. These are called kan-buri or cold buri.
Kan-buri have lots of fat, making them especially delicious and popular among the local fishermen.
Over 1000 buri can be caught in one day.

A compact fish with large, jagged teeth.
This fish is so delicate that it must be eaten within a day of being caught. It is a delicacy that can only be eaten near its source.

An almost mythical fish, akou-dai used be caught in great quantities around Muroto and was sold cheaply.
They have now become a luxury food, rarely seen in stores. 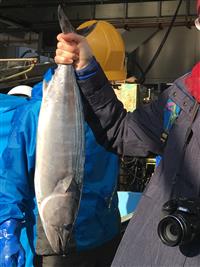 The Secret to the Deliciousness of Muroto's Fish 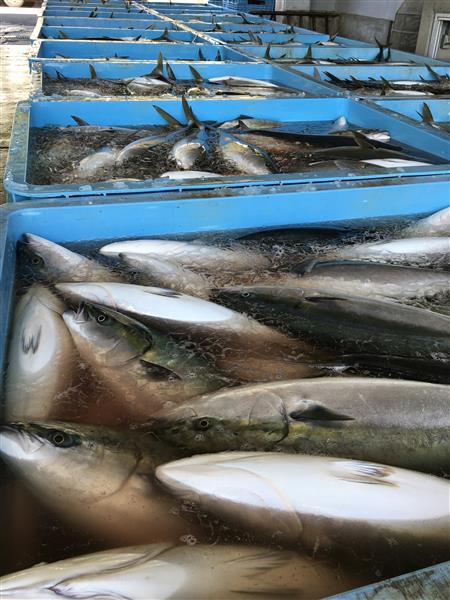 The ocean floor drops off very suddenly off the eastern coast of Muroto. The currents in this area create an upwelling of deep seawater, rich in minerals.

Plankton feast on these minerals and in turn are eaten by fish. Many fish gather in this area making it ideal for fishing.

The fish caught in Muroto are both well-fed and extremely fresh because they are caught so close to the coast.